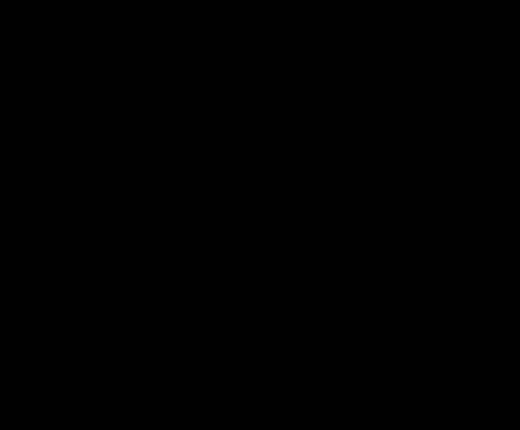 In the morning the Sun God rose to cover the whole world with light. His reddened rays fell upon the cupolas of the palace and made them shine like burnished gold. A large, well decorated elephant with a howdah came to stand in front of Kundavai’s palace. Kundavai and Vanathi came out of the palace and climbed up some steps to get into the howdah atop the elephant.

The elephant began walking with a ponderous gait towards the Paranthaka Chozla Infirmary situated in the Padai Veedu neighborhood. The elephant keeper walked beside the animal making it go slowly. On hearing elephant bells, women-folk hurried out of their homes. Upon seeing the two royal ladies their faces brightened as they bowed in greeting.

The elephant walked through the streets of the army encampment. The very appearance of those streets was remarkable. Well nourished fighting cocks wandered in and out of the alleyways. Huge rams with sharpened horns stood about as if asking “Who is coming to lock horns with me?” Hunting dogs were secured with leather straps and leashes to the front porches of the houses. Youngsters practiced martial arts — silambam, with short bamboo sticks. The silambam sticks rubbed against each other raising sounds like “chata chata pata pata!”

Front porches and walls were decorated with various drawings made with kaavi (red-ocher dye). They mostly depicted the exploits of Lord Muruga and incidents from the history of the heroic Chozlas. Most were war scenes. The picture of Lord Muruga severing the heads of Demon Surapadma one after the other and of Goddess Durga killing the Demon Mahisha were depicted in horrifying detail. The battlefields of Thellar, Tanjore, Kudamooku, Thiru-puram-biyam, Velloor, Thakkolam and Chevoor had come alive on those walls showing the exploits of Chozla soldiers.

When the elephant entered these streets, everything became even more lively. The fighting cocks flew up to the rooftops with noisy wingbeats and began crowing. Children called to each other and came running up. They knocked upon the doors of neighbors and announced the news. People stood in front of their houses and raised slogans in praise of Kundavai. “Long live Younger Pirati Kundavai! Long live Sundara Chozla and his dear daughter!” they shouted with happiness. Some began following the elephant. The crowd began to grow larger.

As mentioned earlier, womenfolk and elderly relatives of the men who had gone to the Lankan war lived in that neighborhood. Kundavai had established an hospital for their welfare with grants from her personal income. The Chozla royalty had a tradition of honoring their forefathers. Among her ancestors, Kundavai’s great-grandfather, Paranthaka the First, was distinguished; in his honor, she had established the Paranthaka Infirmary. With an excuse of inspecting the hospital she would often visit the community and enquire about their welfare.

The elephant stopped in front of the Infirmary. It folded its forelegs and then its hind legs and lowered itself to the ground. The two noblewomen descended. After the elephant had moved away to one side, the people, particularly women, surrounded the ladies.

“I hope the hospital is useful to you all. Are the doctors coming regularly and giving medicines to those who need them?” asked the Younger Pirati.

“I had an annoying cough for over three months. The doctor’s medicine has cured me,” said one woman.

“My Lady! My son broke his leg while climbing a tree. The doctor set his bones and bound it up. He is fine now; and is in fact running and climbing once again!” said another.

“My mother felt that her eyes were getting dimmer day by day. She has been coming here for treatment for the past forty days and is feeling much better.”

“Look Vanathi! How knowledgeable and learned our ancestors have been! I wonder how they know about which herb has the medicinal value to cure which ailment?” asked Kundavai.

“They must have had magical foresight! That’s how they found use for all those herbs. How else could it have happened?” replied Vanathi.

“Yes, it is quite true that they have several exceptional herbs for curing illness. But they have found no medicine to cure the mental illness of a person like you! What can one do?”

“Akka! I have no mental illness. Please do not say things like this. My friends tease me ceaselessly about it.”

“You deserve it my dear! You have intruded upon and bewildered my bother who lived without a care in this world. Every time he sends a messenger from Lanka, he asks about your health!”

“Mr. Doctor! You had mentioned that several rare medicinal herbs and plants were available in the forests of Kodi Karai. I had sent you a youth who could go there to gather those herbs for you, did he meet you?” asked Kundavai Pirati.

“Yes My Lady! That smart young man did come and meet me last night with Mr. Esanya Bhattar. I am sending one of my sons also with him. My son will return after collecting the herbs at Kodi Karai. Your agent says that he will be going to Lanka before he returns ….”

“Does he have to collect medicines from Lanka also?” asked Vanathi with surprise.

“Yes My lady! According to the myth, Hanuman carried the Sanjivi Mountain full of life saving herbs to treat Lakshmana via Kodi Karai before he went to Lanka. At that time some herbs from the mountain fell into the forests of Kodi Karai. That is why even now we get good medicinal herbs from there. The herbal mountain itself is in Lanka. So we are likely to find even rarer medicines in the island. If only I could lay my hands on some particular plants, I can surely cure the Emperor’s illness ….”

“With God’s grace it may be possible. Where is that young man now?” asked Kundavai.

“He is waiting inside My Lady. They are getting ready for the journey and are waiting to take leave of you.”

The two noblewomen walked inside led by the Chief Doctor. They saw the patients in the hallways and chambers waiting for treatment and medicines. When these patients saw Kundavai their faces brightened with pleasure and they came up to talk to her with words of praise. Two men waited in the chambers of the Chief Doctor. Kundavai smiled at Vandiya Devan disguised in the robes of a Doctor. Somehow Vanathi also recognized him. She whispered into Kundavai’s ear, “Akka, this man seems like the person we met in the house of the Astrologer at Kudanthai.”

“I too think he looks like that. He has come to see a doctor after visiting an astrologer! Perhaps he also has some psychological problem, just like you!” said Kundavai; she then turned to Vandiya Devan and said, “Sir! Are you the gentleman who agreed to go to Lanka and get the medicinal herbs for treatment of the Emperor?”

Vandiya Devan’s eyes spoke a different secret language. But he said, “Yes Princess, I am going to Lanka. Perhaps I may be able to meet the young Prince over there. Is there any message for him?”

“If you see him, give this message to him without fail. The Lady of Kodumbalur is not keeping good health at all. She often falls down in a faint. If he wishes to see Lady Vanathi alive, he must return immediately to Pazlayarai. Tell him that!” said Kundavai.

“I shall give him the message exactly.” Vandiya Devan looked at Vanathi.

These teasing words of Kundavai covered Vanathi with a shyness which made her face even more beautiful. Somehow she overcame her shyness and bashfully uttered these words, “Sir! Please don’t give him any such message. I beseech you! Just let him know that Kodumbalur Vanathi is very well under the care of the Younger Pirati, eating four times a day and sleeping well.”

“I shall deliver the message exactly,” said Vandiya Devan.

“Fantastic! You said `I shall deliver the message exactly,’ to my message. And you agree to deliver her message also `exactly’. Only one of these messages can be true?” asked Kundavai.

“So what My Lady! I shall deliver the messages of both parties. Let the Prince be the judge of the truth.”

“But, please do not the deliver the message of one as coming from the other!” said Vanathi.

Kundavai wished to put an end to this conversation. She asked the Doctor, “Did these men get the letters of permit from the Palace Officer?”

“They have the letters My Lady! `These men are travelling on official business to collect medicinal herbs for the treatment of the Emperor’s illness. One and all are ordered to help and aid them in their journey,’ says the general letter of permit. There is a separate letter for the Lighthouse Keeper of Kodi Karai.”

“Then, there is no reason for delay. Let them start.”

“Yes! We must depart!” said Vandiya Devan. But leave taking was not easy.

They came out of the Infirmary. The decorated elephant waited to carry the Princess and her friend. Two swift horses from the palace waited restlessly to carry Vandiya Devan and the Doctor’s son on their journey. Vandiya Devan had several sudden doubts. Kundavai had several last minute instructions. She warned him repeatedly to be careful of the several dangers along the way. Finally, the two women climbed onto the elephant. Vandiya Devan and his companion mounted their steeds.

The elephant did not move. Kundavai signed and indicated that those leaving on the longer journey must depart first. Vandiya Devan turned his horse reluctantly. He turned his head to look at the Princess, eagerly once more. Then he struck his horse as if in anger, the steed galloped forward swiftly. The Doctor’s son had a tough time catching up with him.

The elephant turned back towards the Chozla Maligai and Kundavai was immersed in thought. How capricious is this nature of my heart! Why am I, who rejected kings and princes, so concerned about the welfare of this wandering cavalier? Why am I so anxious that he should return safe and victorious?…

“Akka, what are you thinking about?” Vanathi’s voice brought her back to earth.

“Nothing Vanathi. I was thinking about the arrogance of that young man. I am wondering if I should have sent a message to my brother through him.”

“Yes Akka! He is quite artful! One could even say a clever bandit.”

“What is this? Why do you think he is a bandit?”

“An ordinary thief would burgle ordinary things like silver and gold. I am afraid that this young gallant would loot the very guardian deity of the Chozla Empire. You will not let that happen, will you?” asked innocent Vanathi. “You rogue! Do you think that I am also like you! I will never let any such thing happen.”

She saw a group of women gathered on the wayside and signalled for the elephant to stop. “Why have you all gathered here? Do you wish to speak with me?” asked the Younger Pirati.

One of them came forward and spoke, “Thaye! There is no news about our menfolk in Lanka. We hear that those Lords of Tanjore are not even allowing the shipment of foodstuffs for them. How can they fight a war My Lady, without enough food?”

“Do not concern yourselves about such matters. Enough supplies are being shipped to them from Mamallai Port. What ever the intentions of the authorities in Tanjore, your Prince will not keep quiet. He will not let the brave men of our Chozla nation die of starvation.”

If it had been some other day, Kundavai would have tarried a little longer and soothed their worries some more. Her heart was now filled with a disquiet of another kind. The elephant walked back towards the palace.

Be the first to comment on "Chapter 50 – Paranthaka Infirmary"